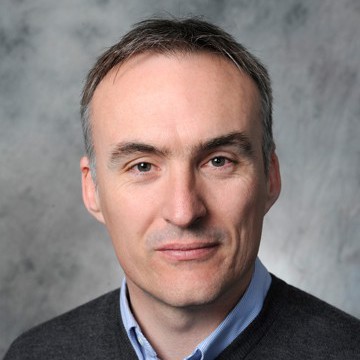 Mark Weldon is a Director of PetroStrat and Future Geoscience and has 27 years’ experience in petroleum industry consulting, primarily as a stratigrapher/micropalaeontologist, with a 2 year position as a senior geologist in Norway. Mark’s principal expertise is the Jurassic, Cretaceous and Cenozoic micropalaeontology and stratigraphy of N. W. Europe (encompassing the North Sea, Norwegian Sea, Barents Sea, Arctic Ocean and northern Atlantic margins). He has generated both proprietary and non-proprietary work for PetroStrat over the last decade. He has also conducted analytical and interpretative studies on East Coast Canada, offshore Brazil, West and East Africa.

Mark has extensive experience of wellsite micropalaeontology, having provided wellsite services on over 90 wells within North West Europe (in the Danish, Dutch, Norwegian & UK sectors of the North Sea plus the Atlantic Margin and Norwegian Sea) and West Africa and Egypt. He is conversant with various methods of digital data interpretation and presentation, including StrataBugs™ and ODM™, as well as StratWorks™. Mark has also been focussed on guiding both businesses through the process of acquiring 4 major ISO standards for PetroStrat and is responsible to the PetroStrat board for QHSE within the business.